Wal-Mart de Mexico was an aggressive and creative corrupter, offering large payoffs to get what the law otherwise prohibited, an examination by The New York Times found. 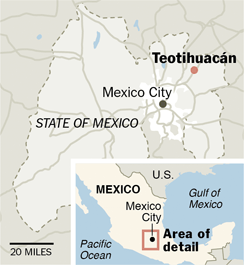 SAN JUAN TEOTIHUACÁN, Mexico — Wal-Mart longed to build in Elda Pineda’s alfalfa field. It was an ideal location, just off this town’s bustling main entrance and barely a mile from its ancient pyramids, which draw tourists from around the world. With its usual precision, Wal-Mart calculated it would attract 250 customers an hour if only it could put a store in Mrs. Pineda’s field.

After years of study, the town’s elected leaders had just approved a new zoning map. The leaders wanted to limit growth near the pyramids, and they considered the town’s main entrance too congested already. As a result, the 2003 zoning map prohibited commercial development on Mrs. Pineda’s field, seemingly dooming Wal-Mart’s hopes.