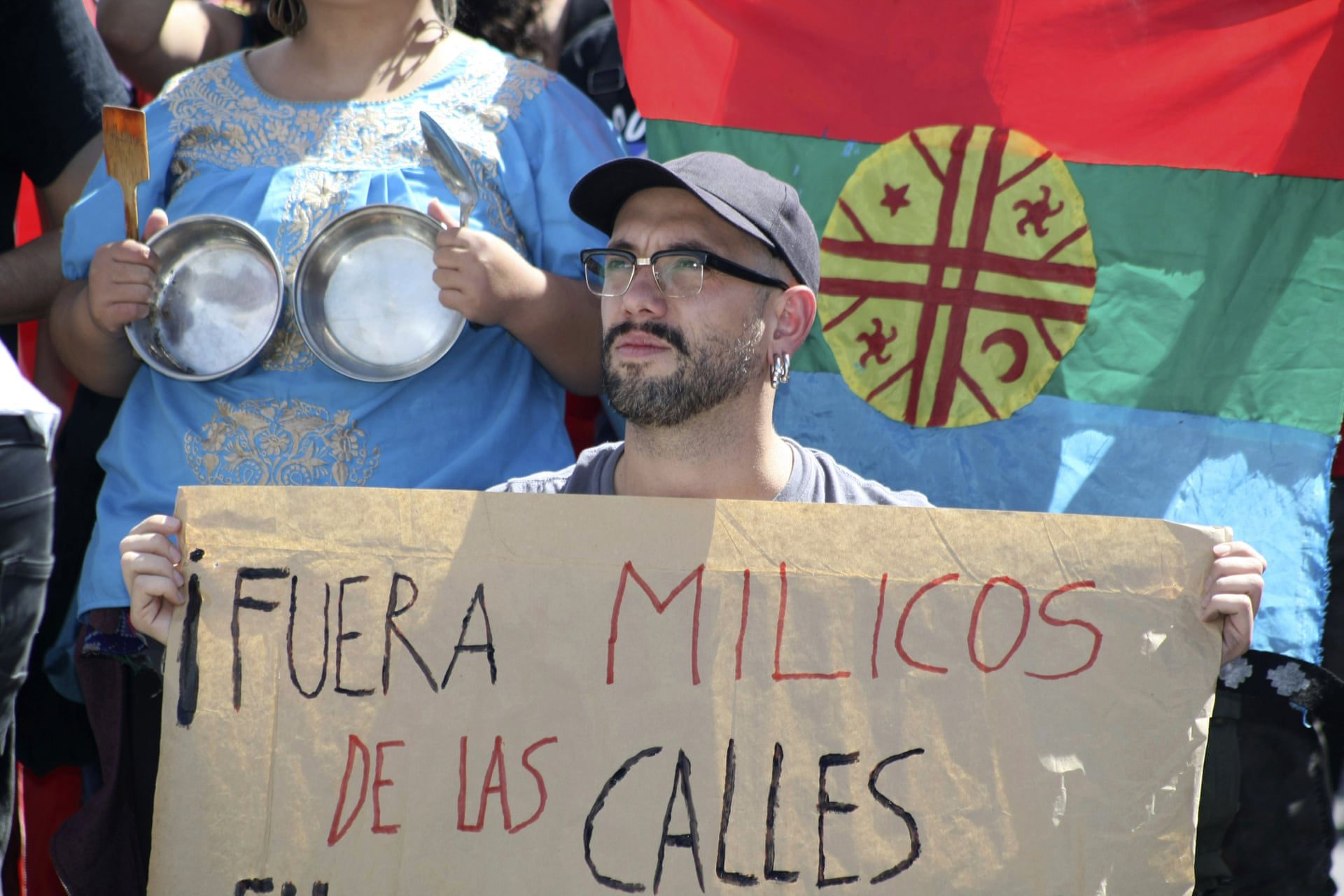 As reported on Thanksgiving Day in the Santiago, Chile based El Mostrador, Chile’s Unidad Social, a coalition including more than 200 social organizations, unions, human rights groups, environmentalists, indigenous groups and others, is proposing a path to a new constitution.

Built on proposals from self-convened constituent assemblies, a “Social Agreement by the Plurinational and Joint Constituent Assembly”, would be presented on December 8. The text proposes an assembly with 244 constituents, gender parity, and 15% of seats reserved for native or Afro-descendant peoples.

Chile has been rocked by weeks of demonstrations which began over increased subway fares and quickly grew into a broader protest over economic inequality and political exclusion.

Economic inequality is exemplified by contrasting the wealth of political elites – billionaire President Piñera heads a government where members of Congress rake in over $17,000 (US) per month in salary. Meanwhile, 70% of Chileans workers make less than $700 (US) per month, and the median pension is $70 per month for men, and much less for women.

Much anger focuses on Chile’s 1980 Constitution, which is seen as the embodiment of former dictator Augusto Pinochet’s neoliberal model, prioritizing a market-driven economy but failing to adequately guarantee healthcare, education and pensions.

Chile’s Congress on Nov. 15 agreed to a nationwide plebiscite in April that will ask Chileans if they want a new constitution – and how it will be drafted. Once the draft is complete, the new constitution will be submitted to a second, compulsory referendum for ratification.

President Piñera seeks to allow troops back on the streets to defend infrastructure, as reported by the Guardian on November 26.

Human Rights Watch and Amnesty International have recommended an immediate overhaul of policing methods and accountability measures to address abuses. At least 26 people have died, and thousands have been injured in clashes with police. More than 200 Chileans have suffered eye injuries from rubber bullets.

Despite President Piñera’s pledge to increase the minimum wage and cut cut costs for medicine and transportation, protests continue, with violence on the fringe, driven by mistrust that politicians will keep their promises.

Jeff Nieznanski is a long-time member of ROCLA. He is a supervising attorney at LawNY, Inc., a civil legal services firm that provides free legal services to low-income individuals.